For our meal at John Tesar’s Spoon, we went as a group of four so that we could try as many different dishes as we can as a group and order more than one bottle of wine.

Every Sunday, Spoon sommelier Madeleine Thompson offers about 10-12 wines by the bottle at half price. “Those are the wines I would like people to try,” says Thompson, who picks several lesser-known varieties and regions for her list. If you’d like to drink like an insider, leave yourself to her able hands and she’ll pick something tasty in your price range. Or browse the half-price list and try something new at a price you won’t regret. On the Sunday we were there, the list featured a 2009 Talenti Rosso di Montalcino at $40, a price very close to what it would cost at a wine store, hence an almost a BYOB deal.

For our meal we picked two wines from the main list: A Cava by Mercat and a 2003 Dirler Riesling from the Alsace Grand Cru Kessler both of which were excellent accompaniments to Spoon’s cuisine. We were especially happy to have found an older Riesling from an excellent producer at the very fair price of $95.

Spoon’s list is especially strong in the sparkling and white wine categories. It is refreshing to see that, instead of the most obvious names the list includes some of the tastiest but more subtle wines such as 2006 Chartogne-Taillet Brut ($200), 2007 Vilmart Grand Cellier ($250) and 2005 Annamaria Clementi Brut Rosé by Ca’ del Bosco ($275). If you feel like a glass of crisp, fresh sparkling rose and don’t mind a bit of an adventure, try the Hugo Sparkling Rosé made from the Zweigelt grape in Austria. 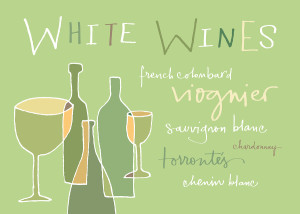 Among the whites there are many delicious avenues you can take. If you want freshness with a tad bit of a fullness in your wine go with Weingut Knoll’s 2005 Loibner Vineyard Federspiel Grüner Veltliner ($75) from Wachau and if you like unoaked, fresh, crisp, cool-climate Chardonnay, try 2012 “Terroir Découverte” Chablis by Patrick Piuze ($54). Both of these wines are perfect accompaniments to almost anything on Spoon’s menu.  Increasing your wine budget to a higher level can get  you a bottle of 2011 Francois Mikulski Meursault ($140) which is a classic with typical Meursault characteristics including nuttiness, slightly oxidative yellow apples and a clean limestone minerality.

Your white options do not end here. 2012 Valle Dell’Acate “Zagra” 2012 Grillo ($45) from Sicily and 2012 Hugues Beaulieu Picpoul de Pinet ($50) from Languedoc provide opportunities to taste something out of the ordinary without breaking the bank.  If cost is not an issue and you are celebrating, order the 2002 Ruinart “Dom Ruinart” Blanc de Blancs Champagne ($350), one of the most elegant and precise blanc de blancs from a great vintage in Champagne.

Spoon’s list has a surprisingly large selection on rosés and I would order each and every one of them on different occasions, though one of them particularly catches the eye: 2012 Arnot-Roberts Touriga Nacional “Rosé” ($65) from California. This one is made from Port’s flagship grape Touriga Nacional by a very reputable producer. I can’t wait to taste this the next time I am there.

If you must have a red and nothing but a red, an impressive section on Pinot Noir follows. Among the red Burgundies, I have my eye on 2008 Domaine Michel Lafarge “Les Caillerets” 1er Cru Volnay ($200). Granted, 2008 is not a stellar vintage in Burgundy overall. It is a vintage that separated the wheat from the chaffe and Lafarge is definitely the wheat and a legendary one at that. If you were looking at an acclaimed Burgundy vintage such as 2005 or 2010 you could never buy it at this price on a wine list, even from a slightly lesser producer. Besides, 2008 red Burgundies are drinking quite well right now.

There are some interesting Oregon and California Pinot Noir selections as well, but if you are into the big reds such as Bordeaux or California Cabernet Sauvignons, you are on your own here. I love those too but I would not go for these here with a mainly seafood menu, especially when there are such enticing alternatives on the wine list.

Overall, we were very happy with Spoon’s wine list.

We ordered all the crudos in the menu and for me, they were the most delicious part of the menu. Cuttlefish and the Pacific Uni were both outstanding and there was not one crudo dish that didn’t make the grade. It is quite amazing that they can offer such freshness in crudos and perhaps the reason for the high prices of these items. Actually, that would be my only issue in going for a repeat; I would love to go back and do the same once in a while but at $18-$19 per crudo, it can only be an occasional treat.

For the main dishes, the Arctic Char and the Swordfish were both right on the money, and the Skate was cooked to perfection but we had one reservation about the tomato compote on it. The brown butter, lemon and capers completed the Skate, however, the tomato compote tasted slightly metallic as if it was made from canned or preserved tomatoes.

The desserts were exceptional and so was the Milk Chocolate Mousse with Salted Caramel Foam we were offered as palate cleanser between the main course and dessert. The chocolate and caramel had just the right amount of sweetness and a true chocolate taste without being overly rich and the  It took all my self-control to not go for another round that included all the desserts that were featured that night. The desserts were so palatable that a real dessert-lover could go through the whole list without feeling heavy in the end. Kudos to pastry chef David Collier.

This site uses Akismet to reduce spam. Learn how your comment data is processed.